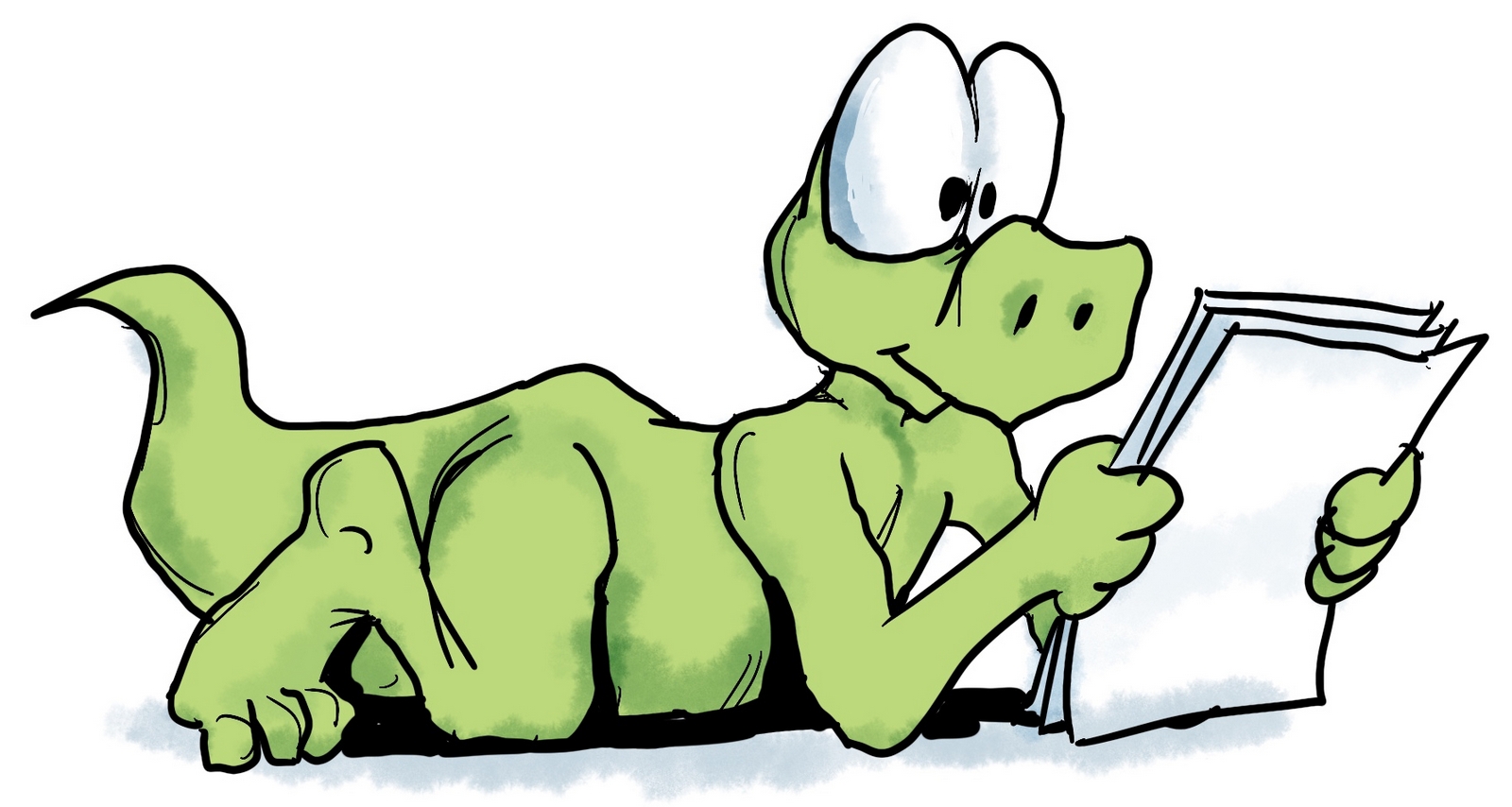 If there is a crime committed in your community, you can bet one of the first questions investigators ask is “who stood the most to benefit from the crime?”

At this moment we are all living in an active crime scene. Every one of us. The crime? We are all victims of years of attacks coming at us in a way we never imagined.

Maybe someone took a page from the terrorists who hit us so hard on 9/11. Before those attacks, very few of us imagined our air transportation system being used against us. Those who knew about the gap in our defenses did not act fast enough, or they were not taken seriously when they told their fears to authorities. And so we were hit and hit hard.

Ever since then, those forces who hate America have had a lot of time to figure out another weakness.

But what they landed on was not blowing up strategic bridges or attacking our energy infrastructure. Though these are obvious weaknesses that need immediate attention to be sure!

What they targeted was social media. Something so embedded in American culture that it would be nearly impossible for us to stop, adjust, and hit a reset switch like we had to do with air travel.

I know some of you like a good conspiracy theory. But this is NOT a theory. This is a fact substantiated by intelligent agencies representing both parties. Throughout multiple administrations. Democrat and Republican.

But before we unveil the culprit behind the crime, we have to acknowledge that social media platforms made their infiltration almost too easy. Social media platforms all noticed that their rate of engagement from users went WAY up when they tweaked their algorithms to start interconnecting people because of the content they seemed to like. If you liked a video clip from “The Office”, you were connected to other fans of “The Office”. If you liked a picture of people camping, you were automatically connected to others who like camping stuff too. Cool, right? Well, yes, right up until they discovered that these algorithms, driven by people with strong opinions, also started to create social rifts. Football fans now found themselves taunting their rivals, Fans of Star Wars fought over whether or not the prequels sucked, and worst of all, political discourse went from having friendly debates with your neighbor over taxes to Democrats insulting Republicans and Republicans insulting Democrats. Rather than debating issues we got endlessly sidetracked into the personal flaws of candidates.

Meanwhile, over in Russia, our old adversaries had A new guy in charge. Someone who was a former KGB agent and was steeped in covert manipulation of people and information. A man who has cold-blooded aspirations to rebuild the dominance of Russia on the world stage. A man who has already started militarily reclaiming post-Soviet independent countries.

This brings us back to the question I presented at the start of this article; Who has the most to gain from the division of the American people?

Of course, the answer is Putin and Russia.

And if we took a moment to pay attention our intelligence agencies have been screaming this at us for decades.

Putin and the KGB were making major headway into dividing the American people by floating rumors and lies on both sides.

It wasn’t until Trump took an interest in becoming President that the full force of the KGB shifted behind manipulating people who were leaning conservative. They found their messaging spread like wildfire through communities that might have lower education levels, they knew if they could get embedded in religious communities which were already beginning to question facts and science and had been blindly following according to their religious faith, they were easier to manipulate than people who might be more skeptical of political and religious leaders.

Now that’s not meant to be a slam against Christians or religion. It’s just speaking statistical facts about who might be more likely to follow without necessarily questioning. You might have noticed the weird dichotomy that Evangelical Christians love to preach their politics but they sure do not want to have the government involved in their religion. But there is a group ripe for manipulation.

And no, this was not Putin secretly meeting with US politicians, church leaders, and carefully selected groups. This was the result of decades of very careful, steady, clever messaging causing divides through the population. They targeted people who did not even realize they were being manipulated this way, though I suspect executives high up in the towers that control FOX News knows from where some of this messaging has been coming.

And though this started very much as a bipartisan attack, Putin had a good reason to switch his covert messaging to influencing just Conservatives. Putin had an ace in the hole:

It is very well known to the people who live in cities where Trump has one of these gaudy high-rise buildings. Trump is just as infamous for stiffing contractors as he is for leasing out most of the spaces in his buildings to Russians. And often those people are linked to the Russian mob.

NBC did a story on a Trump property in southern Florida that is primarily rented out to young pregnant Russian women so that their babies can claim dual citizenship in the United States when they are born. Do you think young Russian women can afford a Miami high-rise condo? It is no secret that paying for property (and often these tenants paid with cash which is also widely reported now that some of Trump's tax documents have been released) is one way questionable organizations launder money from other questionable operations.

Is it any wonder Trump has fought so hard to keep his tax documents a secret?
It is also very well reported that Trump moved the Miss Universe Pageant almost exclusively from lavish vacation destinations to be held in cold dark Moscow. This is when he boasted about being able to go backstage and creep on the young pageant contestants in their dressing rooms.

The KGB often lures western businessmen and political figures into compromising situations with prostitutes. It's such a well-known practice it has been a part of dozens of movies since the 1960s. Russian hotel rooms are said to be riddled with video and audio recording equipment. Embarrassing important people with a lurid video is a very effective way to have leverage over them when you might need something from them in the future.

For all his bluster most of the time, Trump sure turns into a cowering suck-up when in the presence of Putin. Check the tapes yourself. Find any footage when Trump and Putin are in the same room and tell me Trump is not acting completely subservient.

With Trump in their back pocket, it made perfect sense for the KGB to try to radicalize the Republican Party. We know Russian agents were inside the NRA. An organization that supports the unregulated arming of Americans and has started to use revolutionary language in its messaging. Hmm. An American organization encouraging arming themselves against the government and the rival political party. Looks like the KGB messaging has been more than a little effective in those circles.
Let’s talk about that for a minute. Since 9/11, the vast majority of terrorist violence has been homegrown.

If you hate your neighbor or hate the government because they are liberal. Take a breath. Think for a moment. The same process that put Trump in the white house was the same process that put Biden in the white house after him. Yes, the pandemic made the processes a little different in some places, but bi-partisan oversight and the Republican-leaning courts have deemed this was a free and fair election.

You are entitled to not like the results. But if your reaction is to violently storm the capitol, and not to work harder on good ideas that the American people might want maybe you could win another election instead of trying to burn Washington to the ground. The unbridled rage came directly from an amping upcoming from social messaging carefully inserted into now highly susceptible groups.

“Fucking lazy Liberals. All they want to do is get us all paid a better wage, get our kids a better education, fix the roads and bridges, take steps towards cleaning the water and the air, and make health care affordable just like it is in every other civilized country on the planet. What a bunch of fucking commies!”

This is what Trump conservatives sound like these days. Yet Trump made many of these same promises (but famously did not act on anything except for providing permanent tax cuts for the super-rich). And Trump conservatives are screaming for revolution because the same damn things are coming from a different party.
But that's where we are today. Cells of people saying insanely stupid things in an echo chamber of their peers only lends weird credibility to the nonsense. Do logical sane people think the vaccine is a way for Liberals to plant a tracking chip in our bodies? Where do otherwise normal people latch onto something so Twilight Zone weird? I mean, what’s so interesting about your life that the government would give a shit? Besides that, we all already carry smartphones that collect every intimate detail about our lives. No injectable microchip is needed.

This microchip conspiracy has been positively tracked to a Russian disinformation campaign. And this isn’t even the weirdest example.

Who benefits from making a large portion of our population shun age-old preventative measures during a pandemic that has killed more Americans than both the World Wars? If you don’t think this is an attack, why are there so many casualties?

The enemy is Putin. He is the devil behind all these things that amp up the hatred we have all been feeling thanks to social media trolls. It is high time we aim all that rage at the real enemy…

Putin and his KGB disinformation centers.

Oh and China and their hacking centers too.